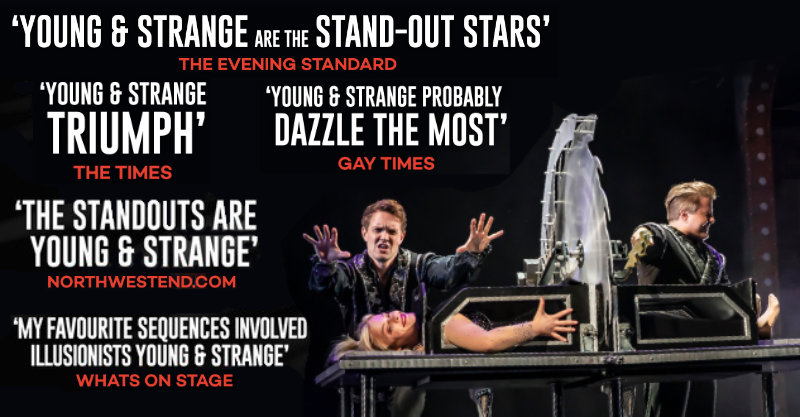 Young & Strange are a comedy illusion double act made up of childhood friends Richard Young and Sam Strange from Oxfordshire in the UK. Since 2013 the duo have headlined the worlds largest international touring magic show Champions of Magic which regularly plays in the biggest theatres and arenas across the globe. In the summer of 2021 Young & Strange also performed in London’s West End as part of the brand new smash hit magic show Wonderville at The Palace Theatre on Shaftsbury Avenue to rave reviews from the national press.

Young & Strange honed their act at four consecutive Edinburgh Fringe’s between 2011 and 2014 presenting the biggest illusion shows ever at the Festival. The Young & Strange live act today is one of the most spectacular in the world, featuring the largest and most amazing stage illusions, pyrotechnics and high production values. Their comedy is woven through the special effects combined with a narrative of a rivalry between the pair or (when they are on the same page) as ambitious underdogs who achieve their goals in hilarious and unorthodox ways. 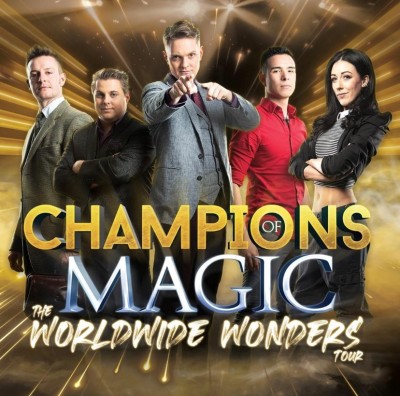 Young & Strange were presented with the Carlton Comedy Award by the world famous and highly prestigious Magic Circle of London. In addition to Live performances the duo have also created online video content which showcases original and exciting formats for magic.

Their biggest video to date involves the duo videobombing the background of a Live Sky News broadcast which went viral on the internet and had over 50 million views across various video sharing networks. The Sky News videobomb also garnered attention from national and international publications including The Sun, The Mirror, The Telegraph, Radio Times, Time Magazine, Huffington Post, MTV and Cosmopolitan magazine. 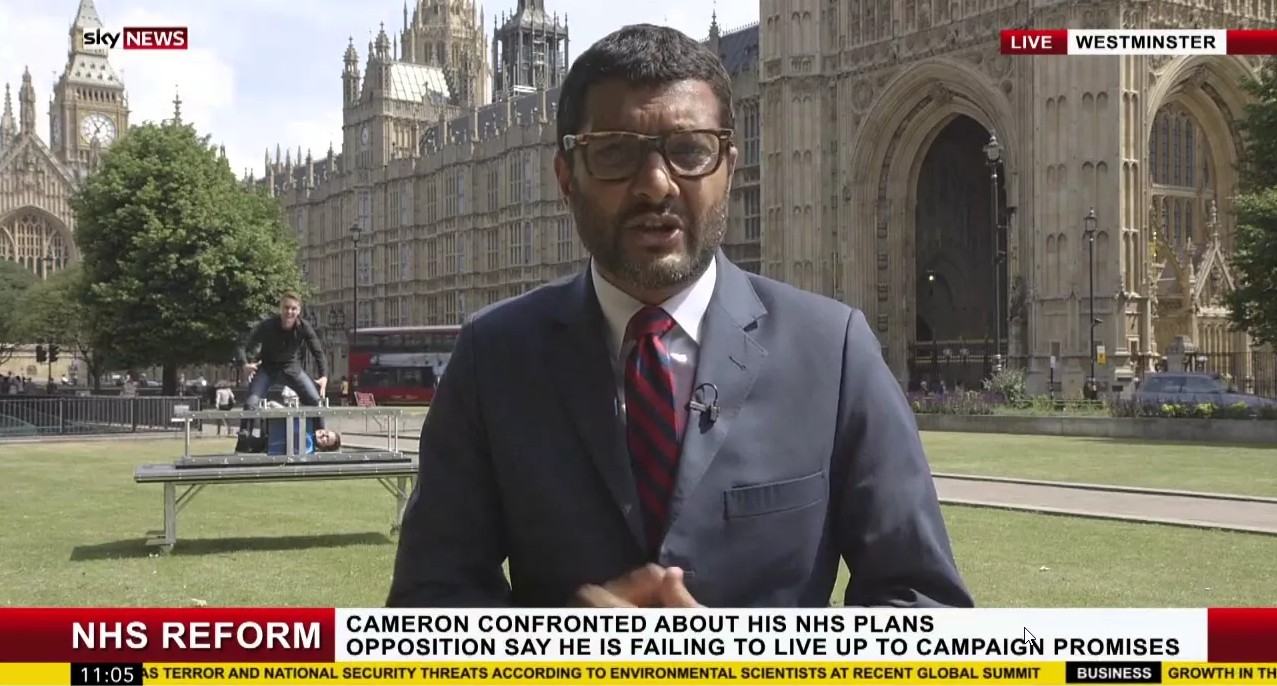 ‘Can someone just give them their own tv show?!’ 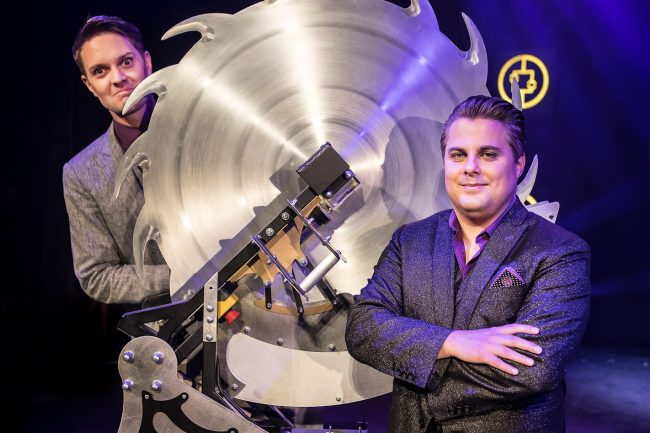 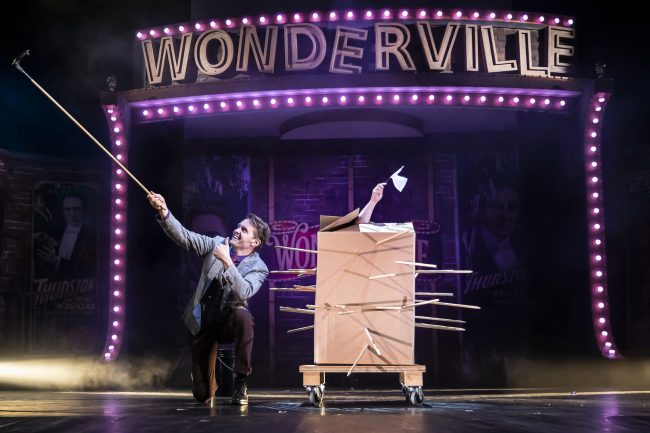 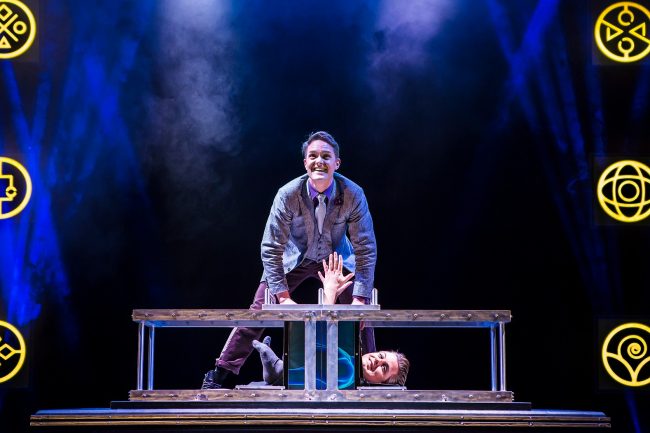 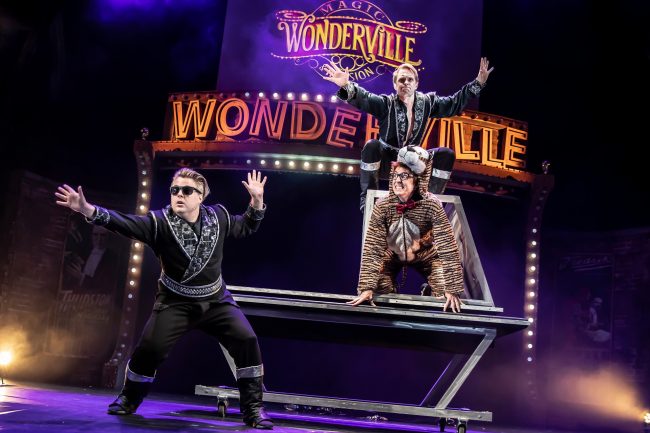